Thoughts regarding the Corona Epidemic by Dr David Gotlieb 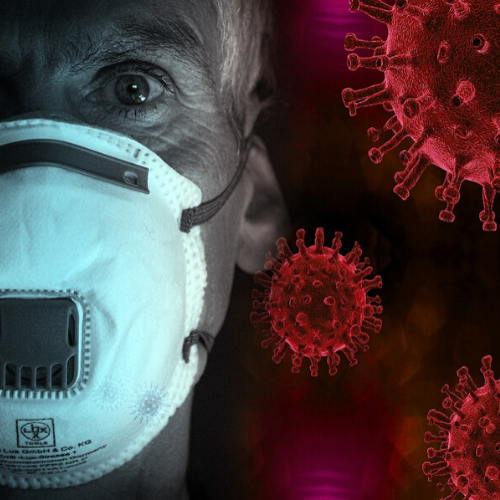 27 Apr Thoughts regarding the Corona Epidemic by Dr David Gotlieb

Posted at 09:27h in Health Care at The Somerset by admin 0 Comments
0 Likes
Share

A commendable and well-written article written on 19 April 2020 by Dr David Gotlieb; Physician, Rheumatologist and Director of the Constantia Arthritis Clinic at Constantiaberg Mediclinic and published on his Face book page.

Thoughts regarding the Corona Epidemic…

“There are some terrible harsh realities that the world must accept.

The virus is NOT going away.

The lock-down has been in place, but made us realize that new case numbers persist, and that we are delusional to think we are going to kill this virus.

The lock-down will NOT get rid of the virus.

To this end we have to accept certain realities.

It’s not about getting rid of the virus, it’s about understanding that we will NOT get rid of it for the next year, or more, as it burns it’s way across the world, until we gradually develop a resistance, or even better, some REAL treatments or vaccines against it.

Unfortunately, we will have to literally start normalizing the consequences of the virus. Some people are going to die and we can only do our best to treat them as they come. We have to accept that it’s an ongoing risk for all of us especially the elderly, and social distancing will be needed for the at risk populations.

Other diseases and conditions will also need treatment, and we will see a rebound in these as people start to bring their complaints to the hospitals again.

A country as a whole, and its people, as individuals, cannot continue to exist without income. We have to resume life and the economy, and the politicians have to start to verbalize this TRUTH. This TRUTH, is that the virus is NOT going away for a long time, and that some, but in fact, relatively few people, are going to die, compared to the numbers of infections. It is VERY important to reassure people that the overwhelming majority of people, in fact more than 95% will be fine.

The virus is much more prevalent than people realize. Spread is already much more than realized, due to failure to count asymptomatic individuals. The virus is therefore even LESS lethal than thought, since the true ratio of mortality is overestimated, by not including the asymptomatic, as yet, unknown numbers.

Of course , people are blaming Donald Trump. BUT, It’s not Trumps fault. The media have continued their three year resistance against Trump, at all cost, and continue to use the virus to “get him”. To a degree the media have stirred up emotions, and influenced the world reaction into ongoing lock-downs and staggering destruction of economies, that are leading to incredible poverty, the consequences of which, are still to come.

NO country or government could have been prepared for this. The expert advisors, ie Dr Fauci, amongst others, did NOT know what the realities of this virus are. There WAS no experience on this issue. Models were and are still, all wrong, because there has NEVER been a similar problem.

The lock-downs have not worked to CURE the virus. The lockdowns did work in one respect…they lowered the curve of acute admissions and bought time, and enabled the systems to develop a better public health coping ability. Contrary to media disinformation, Trump HAS listened to the experts. At every stage he followed their advice. Their advice has not worked to CURE the virus.

NOTHING, would have worked. It’s about EXPECTATIONS of the public. The ONE mistake, has been, to give the public the expectation that the virus will be GONE. It will NOT go in short or medium term. The reality is that the lock-down has only enabled healthcare to cope by lowering the rapid spread and mass presentation of acute illness

But the time of lock-downs has passed. The entire main stream media reaction, has just been aimed at Trump, not the virus. The media are spreading inappropriate expectations for a political end. Worse, the media are to blame for the ongoing attack and demise of hope. Hope is a human requirement. The media need to look at themselves and stop their ongoing negativity, which is simply based on their hatred for Donald Trump. If anything China bares largest responsibility for this literal viral Chernobyl facing the world, be it spread from their disgusting wet markets, or even worse, the claims of viral construction in a lab, that got out into communities.

The truth has not come out of China and still does not do so, and in all likelihood, will NEVER do so. The world health organization, W.H.O, also bears a major responsibility for underestimating the severity and the contagious component of corona virus, and inappropriately defending Chinese disinformation, and failing in the early response to spread of the virus. So what is going to happen? The virus will stay in the communities, until either natural resistance increases, or less likely, a vaccine is developed.

The virus will spread and many people will get sick, but MOST will be fine. Some people who are at risk will get the virus, and regrettably may not survive. We have to accept that it’s an ongoing risk for all of us especially the elderly, and social distancing will be needed for these at risk populations.

The economies will have to open up. Life will go on. Humanity will survive. Hopefully humanity will learn from this.

Humanity must henceforth look after the entire planet including wildlife, the environment and preserve it. People need to learn the fundamentals of life, especially togetherness and caring and thought for the less fortunate.

There is hope, because at the end, hope is all we as a species have. The road ahead is going to be very hard. Keep strong. Keep safe. Hold on to your hope. And for those who have faith…keep that too!”

The Somerset Care Centre is a top quality health care facility that offers you the exact level of health and elderly care you require. Our comprehensive complement of medical and support staff are always on call and will be happy to receive you at the clinic or to pop into your home to check on you on a daily basis, if you so wish. The Health Care Centre is open to all residents.

Sorry, the comment form is closed at this time.